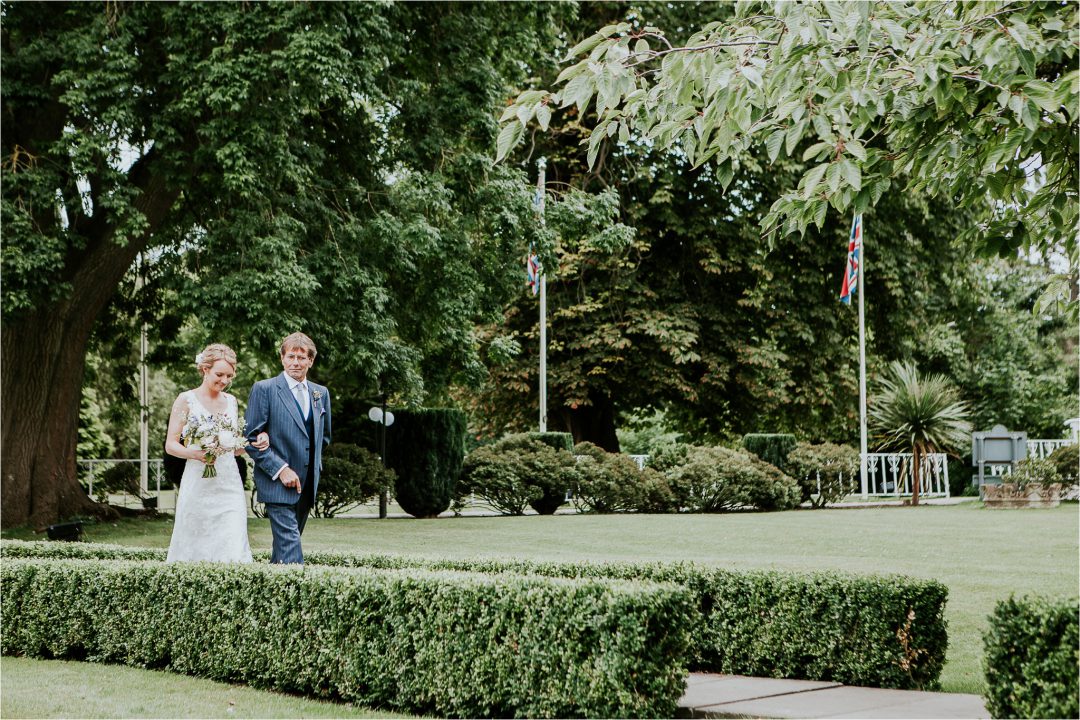 Your wedding day will go by in a flash. It’s one of those things that gets said all the time that you can’t quite believe until you experience it, but it’s true. You’ve spent months planning, organising, saving and preparing, and it can seem it takes forever to come around but the day itself whizzes by!

With this in mind, it helps to spend some time in advance thinking about the moments you might miss first-hand and make sure your photographer is there to capture them.

These are some of the most precious moments that you mustn’t miss, and some real-couple examples.

Engagement shoots are becoming more and more sought-after as they help document the excited early stages of planning a wedding. There’s a variety of benefits from having an engagement shoot not only for the couple, but the photographer also.

As well as a fun day and great images to treasure, the couple also get a sense of the photographer that will play a vital role in their big day to make sure there is the right chemistry. They can work together to really understand what is desired as well as breaking the ice so all parties feel comfortable. It’s also a handy opportunity for the photographer to get an insight into the lighting and scenery that works best with the couple’s style; giving them an edge for the wedding day. 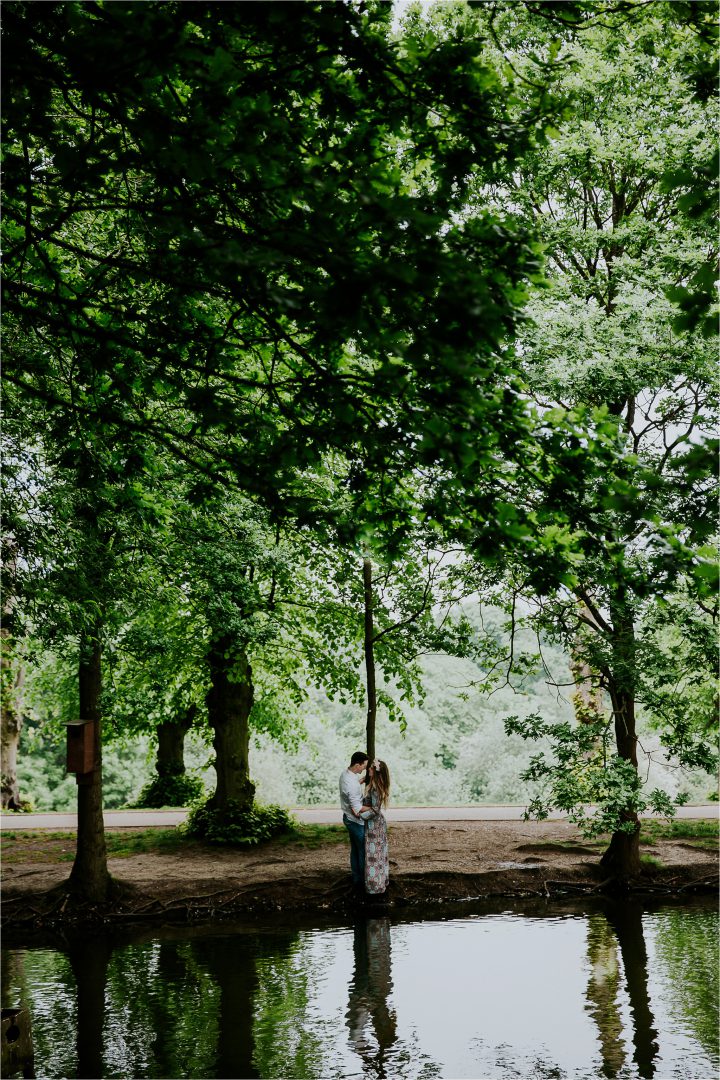 The candid getting ready shot

Capturing the whole day including time spent getting ready is a really popular photography trend. These shots are often taken from a distance and capture a candid moment of the bride or groom as they get ready with their family. Often as much of the area as possible is captured to really set the scene.

This type of image has become a staple part of most photographers’ offering. It’s important for a lot of couples to capture the whole day to really paint a picture of the day as a whole.

My favourite shot like this is from Jessica & Matt’s wedding in August, 2015. This shot shows the bride in the background having her makeup done while also showing off the dress. This image looks like it was taken from afar, but actually I just angled it in the mirror and created a shot with depth. 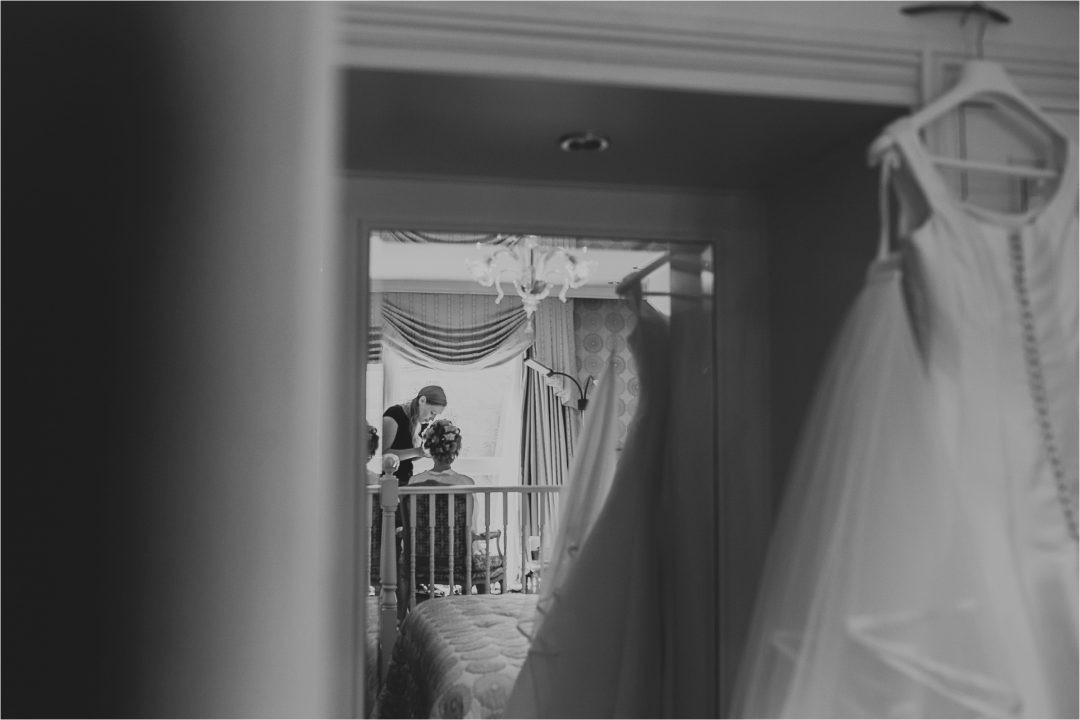 The moment a bride’s father sees her in her dress for the first time is such a special one; and capturing this magical moment on camera is becoming more and more commonplace – and I’m thrilled about it! It’s a very private and personal moment shared between father and daughter and as a wedding photographer, it’s an honour to witness this first hand and be able to capture it forever.

My favourite father/daughter reveal was Charlotte and her father, in October, 2015.

I love the smile on the father’s face! He just looks so proud and delighted – it was truly heart-warming. 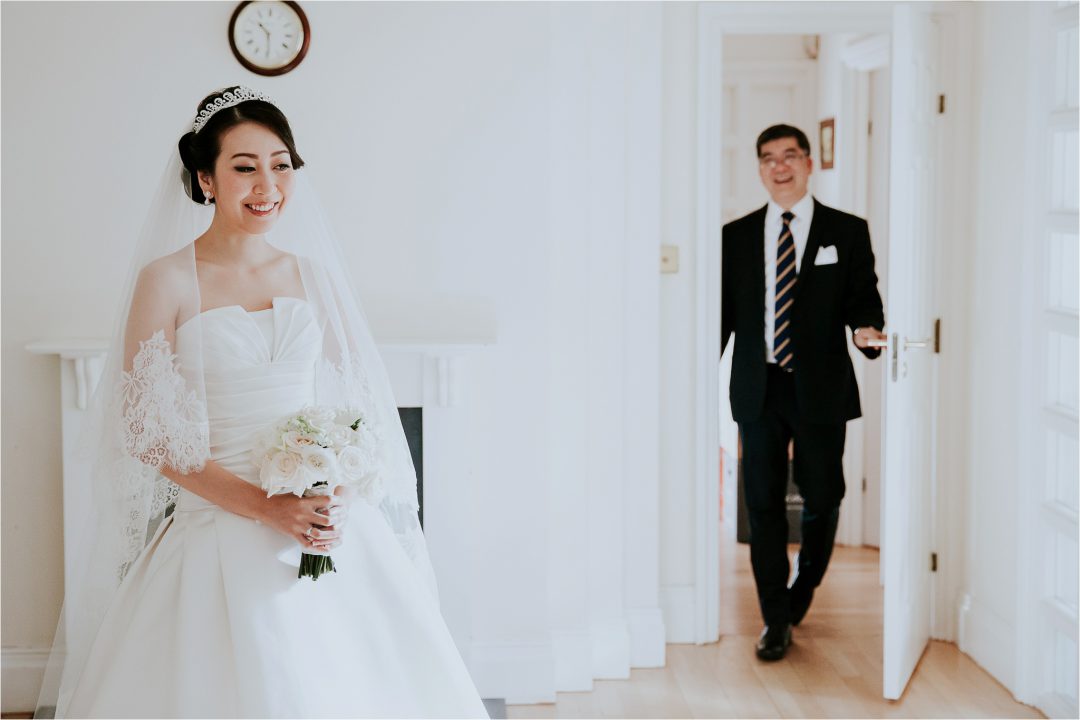 Similar to the father reveal, the moment the groom sees his bride for the first time is so beautiful. I’ve seen grooms react in so many different ways; from bursting into tears to erupting in laughter or looking completely deadpan. It’s such a great moment to capture and this shot has become more and more popular.

This was Sarah and Creag at St Andrews Church in Chelmsford. I love it because I interpret his expression as combination of excitement and disbelief. 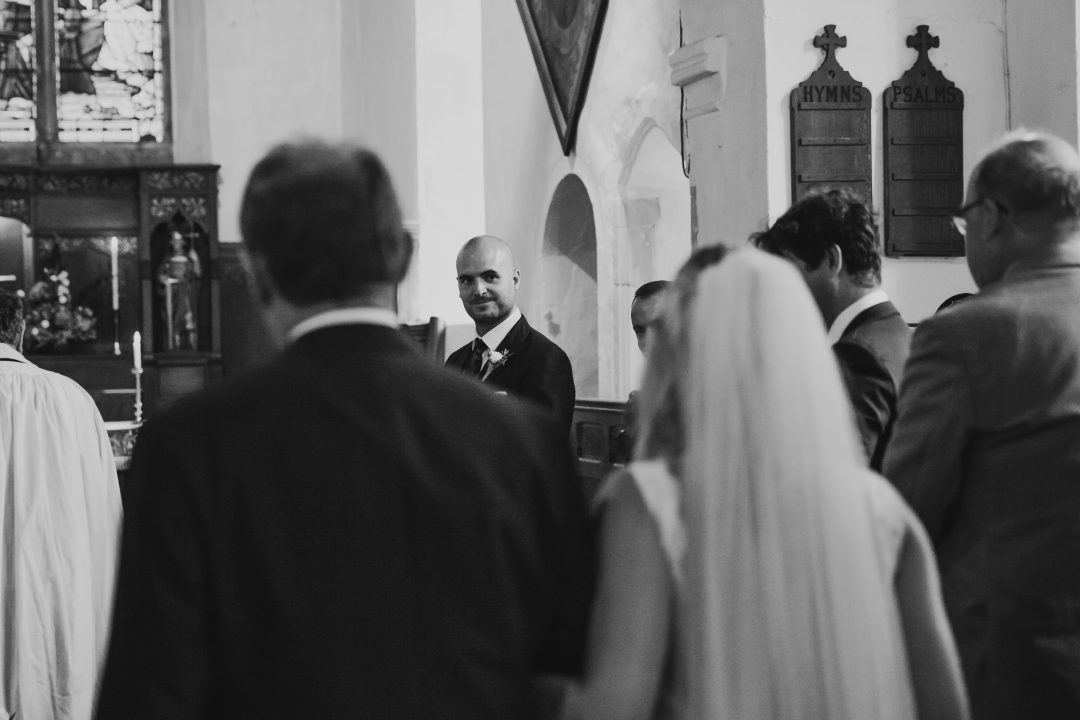 Capturing imagery of the groom while he is getting ready is often overlooked, but a lot of couples I speak to really want a full story of the day, which includes shots of the groom getting ready. I think this is such a great idea and I love getting these photos!

This picture is one of my favourites because it’s a really personal, pensive moment and really captures what the groom is feeling. 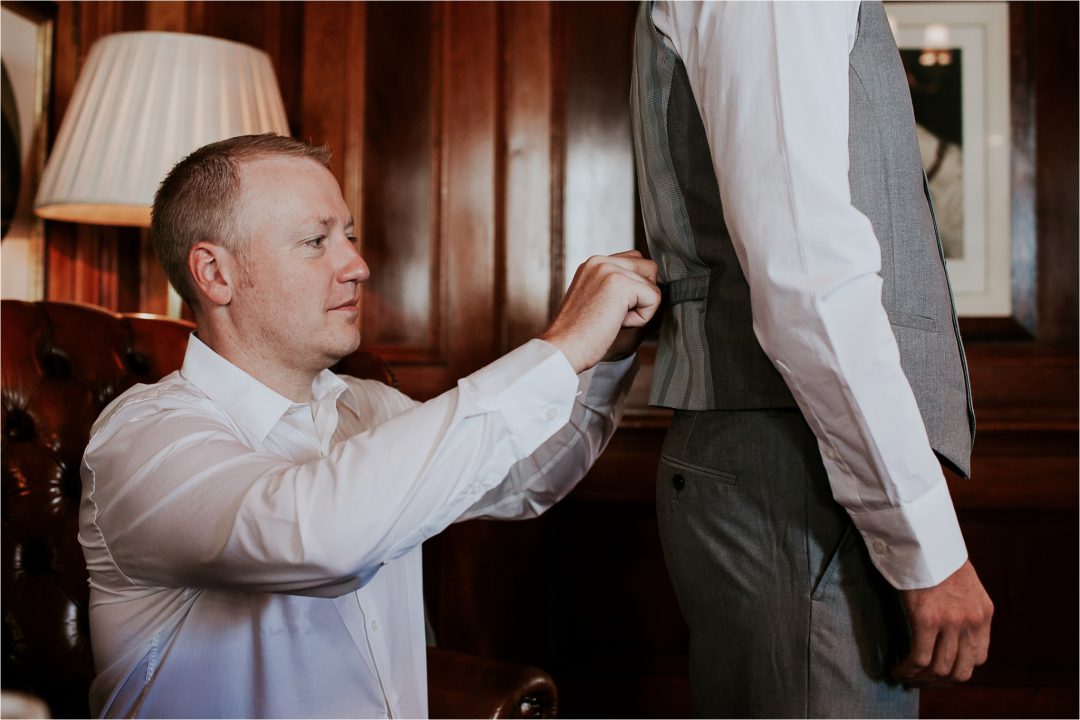 Chat with your wedding day photographer to discuss your options; make sure you don’t miss these important shots!

This site uses Akismet to reduce spam. Learn how your comment data is processed.

This site uses functional cookies and external scripts to improve your experience.

NOTE: These settings will only apply to the browser and device you are currently using.

If you leave a comment on our site you may opt-in to saving your name, email address and website in cookies. These are for your convenience so that you do not have to fill in your details again when you leave another comment. These cookies will last for one year.