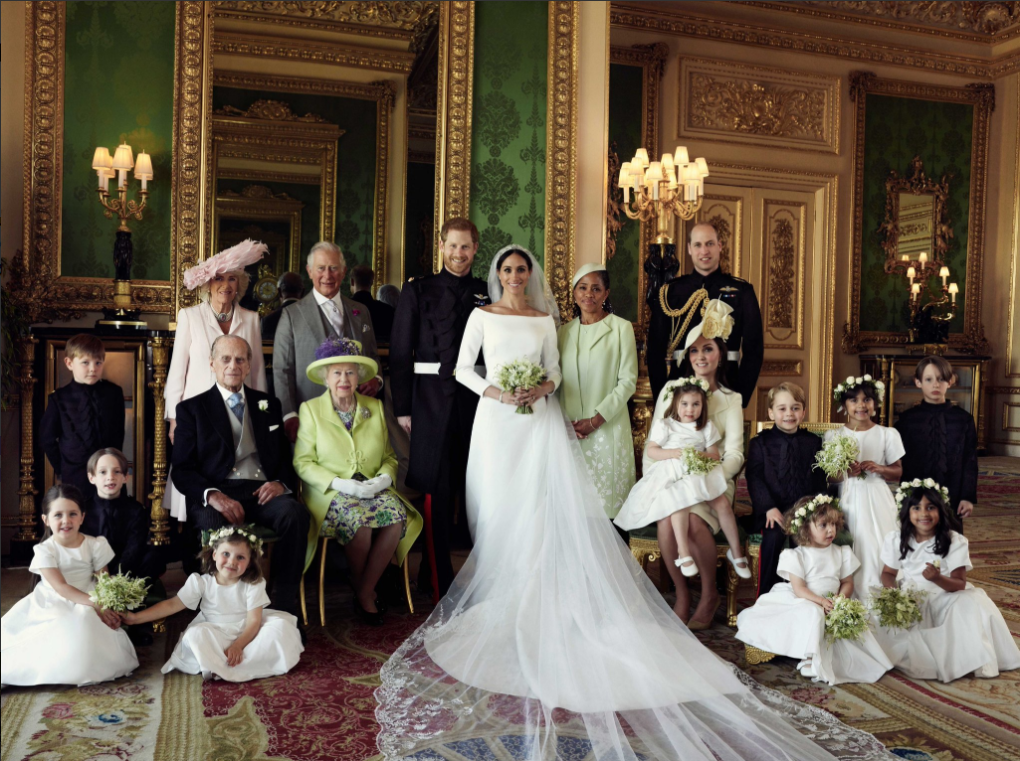 Now I’m not sure if you noticed, but there was a Royal Wedding recently! Our Prince Harry married the beautiful Meghan Markle in a stunning ceremony in St George’s Chapel at Windsor Castle.

Media coverage from all around the world dominated every TV channel and an estimated 100,000 well-wishers lined the streets of Windsor. Tourists and Royal-family fans waiting for hours (some for days) to just catch a glimpse of the happy couple and take photos of the day.

There are quite literally hundreds of photographs from various media sources and from visitors – not forgetting, the official, professional photographs.

The newlyweds Harry and Meghan released three of their official photos shot by the wonderfully talented Alexi Lubomirski. Lubomirski is known for his celebrity photography, having photographed some of the top stars’ magazine covers. His style is a fascinating, unique combination of high-fashion and natural.

“I wanted it to feel like a family picture,” Lubomirski told the BBC,  “I didn’t want it to feel too much like a sports team photo or an army photo, or very regimented and linear.”

I can really relate to the way he chose to take these photos. I, too, like to take photos that look relaxed, comfortable and, for lack of a better word, normal.

Everyone has their opinion on the Big Day. As a wedding photographer, I’ve been to so many weddings, so I know that people have different tastes and styles and that you can’t please everyone. As a photographer, my focus is automatically drawn to something different than most other people. I look at the scene, the poses, the colours. I find details to feature and small focus-points to help drive a story. I see beyond just the dress, the tiara or the hat. So, that being said… let’s look at the snaps from the big day!

It takes a good eye and a lot of patience to arrange a large group of people. Lubomirski did a great job of making this shot look thought-through but natural. He meticulously made sure that everyone in the image can clearly be seen, no one is hiding behind the other and everyone looks relaxed.

I think the most important job of a professional wedding photographer when taking formal group shots is to ensure that everyone knows where to stand and for everyone to feel happy and relaxed. 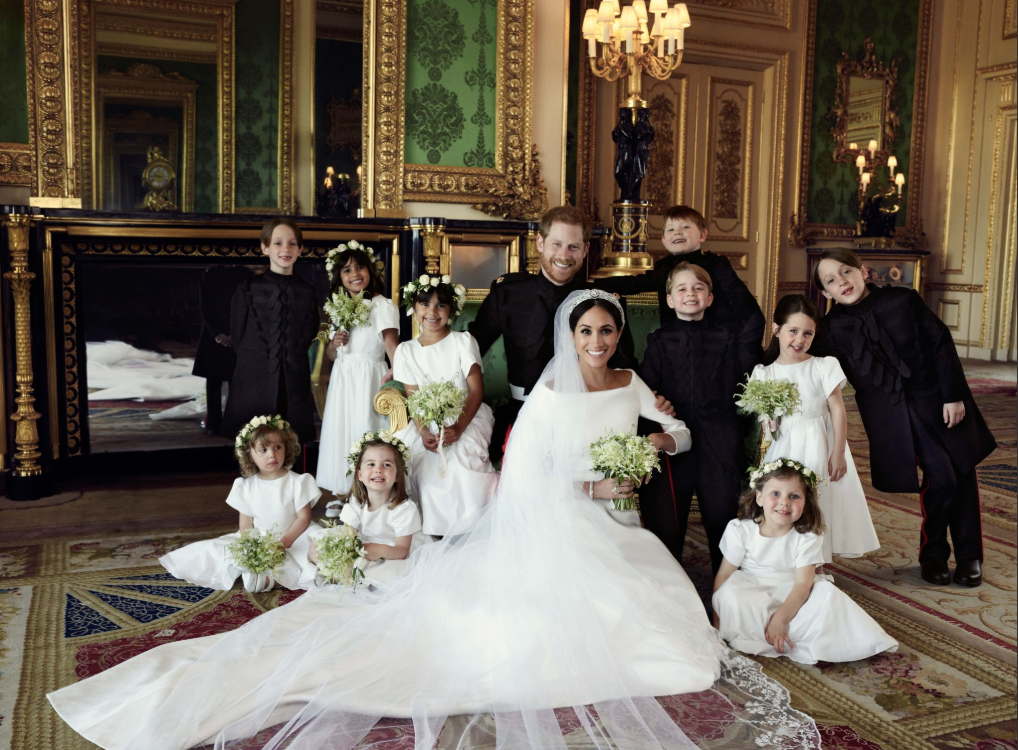 As far as formal royal wedding photos go, these are refreshingly different. In my opinion, the children really make this image special. They are all present but doing their own thing, just being kids! It represents normal families which creates a connection with the public. 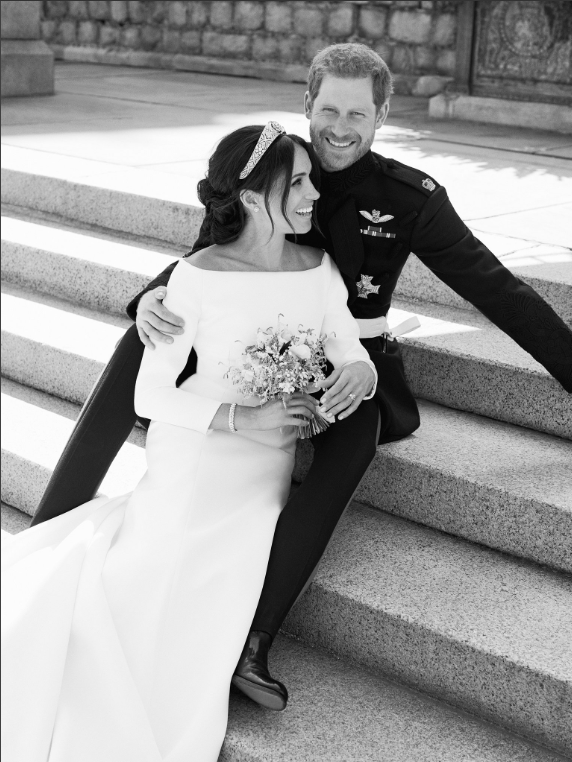 This black and white image of Harry and Meghan is one of complete relaxation and genuine happiness. These two are so in love that it makes capturing beautiful and timeless photos of them seem easy.

It appears that the gorgeous couple are taking a moment to just enjoy being together, chat amongst themselves about how their beautiful day is going so far.

While you can’t see it, the couple were exhausted! Lubomirski has since shared that he took this shot as the pair were about to head into the reception when he asked the couple to sit on the stairs for some more photographs, and says Meghan just slumped between Harry’s legs.

As a professional wedding photographer, it’s so important to ensure your couple is not only relaxed but also enjoying their time with you. You want them to go away with a great experience and I think it’s safe to say that Harry and Meghan most certainly enjoyed the time spent with their photographer. It’s clear they were comfortable with him, enough so that they could really relax and take such a moment together.

I hope the lovely couple have a long and happy marriage.

This site uses Akismet to reduce spam. Learn how your comment data is processed.

This site uses functional cookies and external scripts to improve your experience.

NOTE: These settings will only apply to the browser and device you are currently using.

If you leave a comment on our site you may opt-in to saving your name, email address and website in cookies. These are for your convenience so that you do not have to fill in your details again when you leave another comment. These cookies will last for one year.